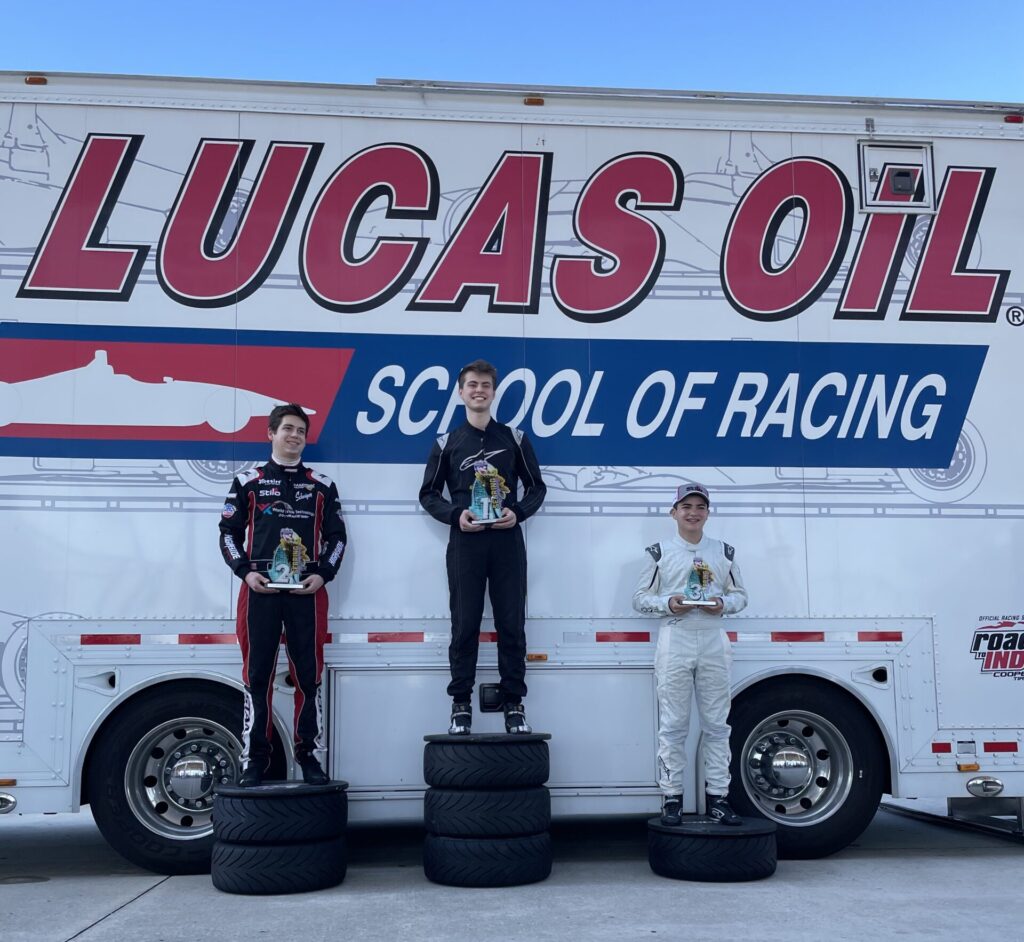 Following two amazing days of racing at Sebring, preceded by a thriller at Homestead, Konnor Gutting proved to be the consistent driver over the 2021 Winter Series Championship. Narrowly missing a podium at Homestead, Konnor put his stamp on this event. With front row starts in both races, Konnor faced the familiar challengers in Frankie Mossman and Evan Stamer who would represent a nagging challenge in both events.

With the Gutting leading the pack of three, the collective mostly worked together to create separation from the rest of the racers. Working the cycle of traffic and draft that Sebring provides, the lead trio illustrated just why it pays off to work together in the early stages of the race to narrow the fight for the finale.

In both races it was largely the same outcome for Gutting. Work with the pack until the end and then really push to create a bit of separation. Finding that extra little bit to dig deep, Gutting would ultimately beat Stamer to the line in both races by 1″ with Mossman just 0.1″ adrift in 3rd – again in both races.

All smiles at the conclusion of the 2021 Winter Series. 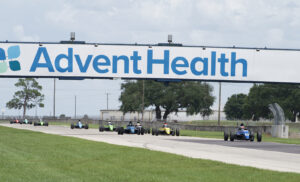 Feast or Famine at Sebring

Day of one the Indy GP was exciting! We did our usual meetings and plan for the weekend and our track walk. It was very special being able to walk a track you have been 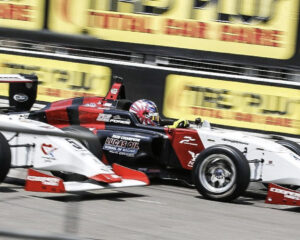 Story by Ely Navarro Thursday, we had our routine team meetings and track walk. There were so many emotions going through my head during the walk. So many possible distractions, the walls, lights, signs, fences, 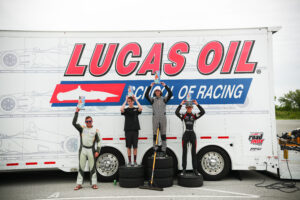 Bryson Morris on his third and final trip to the top step of the podium The first event of the season is complete and in remarkable fashion, one lone driver stood atop the podium in

https://www.youtube.com/watch?v=CyLG1uHwdRo Check out Don Kay’s interview with our CEO and Founder, Neil Enerson, as they discuss Neil’s background as a race team owner, being an INDYCAR dad (and tips for both parent and child), and 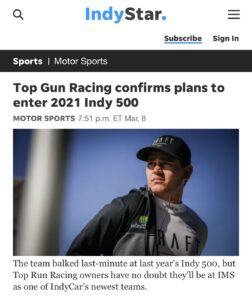 RC Enerson Will Drive Top Gun Racing’s Indy 500 Entry this May The makings of IndyCar’s next team are housed in tiny, unassuming warehouse at the end of a rolling driveway in the far outskirts

The transition from karts to cars is a critical step for aspiring race car drivers. Find out why the likes of Newgarden, Rossi, Hunter-Reay all campaigned race school series before making their professional appearances on the INDYCAR ladder.
Learn More
Pro Tip Never Miss a beat with our Newsletter & Amazing Deals!